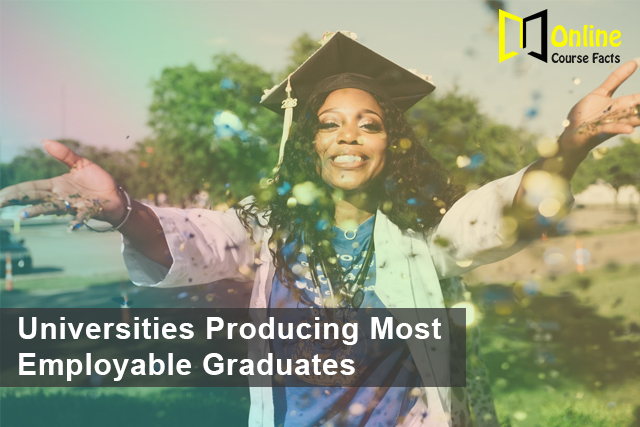 According to the Global University Employability Ranking, fifty-six universities appeared. These ranking reveals which universities have top recruiters for students. The global surveys rank universities based on their reputation among employers.

The basis of this ranking comes from the 2,700 recruiters of 20 countries. Also, they have to mention which of their local universities produce the best employable graduates. Tuition fees at US colleges vary widely, especially for international students. Therefore the value for money widely depends on both tuition fees and chances of graduates to succeed in the future.

Higher education and jobs are relating more and more in recent years. That is why many institutes are developing strategies to give their students the perfect start in the workplace. According to a report by Times Higher Education employability rankings, some universities are doing a better job of preparing their graduates for recruitment.

They give employment opportunities in both national and international companies. Though, the majority of the institutes are in the US. The California Institute of Technology comes first in the ranking by Global University Employability with the score on 681. Since it places a strong emphasis on teaching and searching in science and technology. 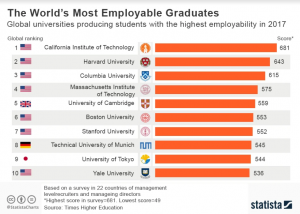 Read the following list for ten highest-ranked US universities for graduate employability.

In the California Institute of Technology, students seek answers to complex questions, discover new knowledge, lead innovation, transform the future, and learn high research output both on campus and globally. That is why it scored 681 with the first rank in engineering and technology employability.

It is the most prestigious and oldest University in the US, with the most significant financial endowments of higher education institutions in the world. According to US rankings, it secured 2nd rank in clinical, pre-clinical & health.

Columbia is one of the oldest universities in the New York state, as well as in the US. With more than 400 new inventions each year, it launched over 150 start-up companies based on Columbia’s technologies. It secured 3rd position in the survey.

Since Massachusetts Institute of Technology aims to give knowledge and prepare students in science and technology with other fields of study. Therefore it secured the fourth position in the rankings given by Global University Employability, in arts and humanities.

It serves more than 18,000 students with a variety of cultures. Additionally, it offers 150 courses to students from more than 50 countries. The University has more than hundreds of libraries that hold more than 15 million books. Thus it holds the fifth position according to world reputation rankings.

This University secured the sixth position in the reported survey of Global Universities Employability. With more than hundreds of higher education institutions, it is one of the largest universities in the greater Boston area.

Stanford University comes in the seventh position according to US rankings. As in total, Stanford affiliates and alumni generates more than $2.7 trillion annual revenue. However, the alumni include 17 astronauts and 18 Turing award recipients.

Its tagline is, “We invest in talents. Recognition is our return.” There are more than 800 start-ups developed by students and staff. The institute split into 13 departments and also an Olympic park and university hospital. Therefore it holds 8th position in the survey.

The University has ten faculties, 15 graduate schools, 11 affiliated research institutes, three affiliated libraries, and university hospitals. It has more than 450 international exchange agreements from all over the world. Thus it secured 9th position according to Asia University rankings.

Yale University holds the 10th position according to World University Rankings and World Reputation Rankings. The notable alumni of Yale are Hillary Clinton and John Kerry, and actress Meryl Streep. Thus, it is one of the largest universities in the US.

Why the U.S. Has the World’s Highest Tuition Fees? 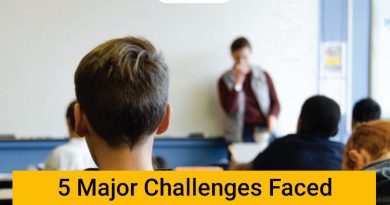 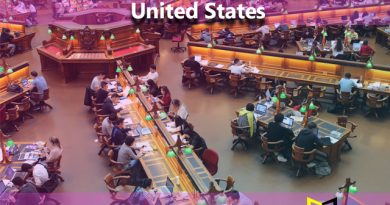 Academic Libraries in the United States