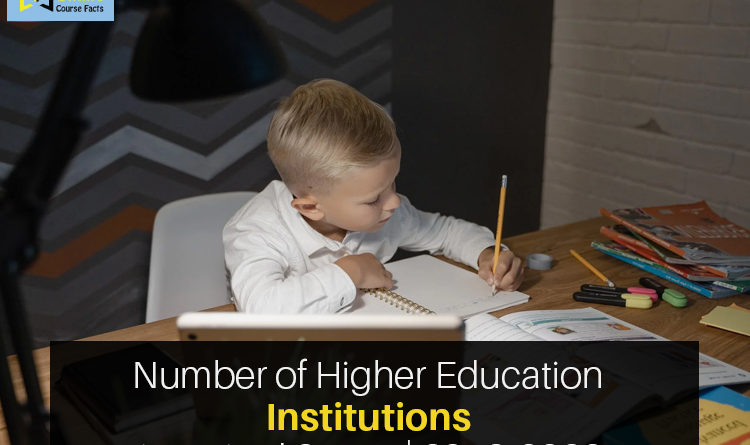 To sum up, it is a perfect fit for all kinds of students. The students aspiring to study in the U.S. have good reasons for choosing the USA over other countries for higher education.

As compared to other education systems, higher education in the USA is independent of the Federal government to a large extent. Moreover, it is highly decentralized.

Levels of Higher Education Institutions in the USA

There are three levels of higher education institutions in the United States. These are:

Students are required to study a number of subjects in their first two years of their Bachelor’s degree. For instance, literature, science, art, history, etc.

The main focus is to attain general and basic knowledge about each subject. In addition, it is done before attaining specialization in a specific subject.

A master’s degree is essential to attain higher-level positions in career fields. For example, in subjects like library science, engineering, business, and education. Also, the USA permits graduate-level international students to study in their country.

But only after completing the required credits in their home country.

Furthermore, there’s a requirement of entrance tests to enter a graduate program in the USA. For instance, GRE for master’s program, GMAT for MBA courses, etc. A Master’s degree usually takes 1-2 years to complete.

Whereas some master’s degrees take about a year only to complete, such as Master’s in Journalism. In addition, students in the master’s program are required to work on a research paper called a Master’s thesis.

To acquire a Ph.D. degree in higher education institutions, one must have a graduate degree in some schools. However, some colleges permit pursuing a doctorate degree immediately after the Bachelor’s degree.

Types of Higher Education Institutions in the United States

The U.S. education system consists of three types of higher education institutions. They are broadly categorized on the basis of their funding, infrastructure, curriculum, etc.

Public universities are state universities operated by the state government in the United States. They are often grouped into “systems.”

It is because public Universities provide discounted tuition for their state residents.

The two states that have the largest number of high-ranking public universities are California and New York.

The best 5 Public Universities in the United States are:

Higher education institutions, like private universities, are not for profit in the United States. In fact, students’ tuition fees are the primary source of finance for Private Universities in the U.S.

And it is generally higher than those of public universities.

Therefore, this kind of higher education institution has a better and more income for resources. Hence, they rank higher than the public universities in the country.

These higher education institutions are known for their high admission standards and academics. These ‘Eight Elite’ Institutions are:

However, the important distinctions between the degrees are whether the degree is transferable or not.

Mostly, there are two types of degrees offered. One helps out for academic transfer. Whereas the other allows students to enter the workforce straightaway. Moreover, certificates of completion are usually not transferable.

Number of Higher Education Institutions in the United States | 2019-2020 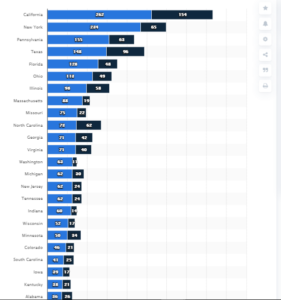