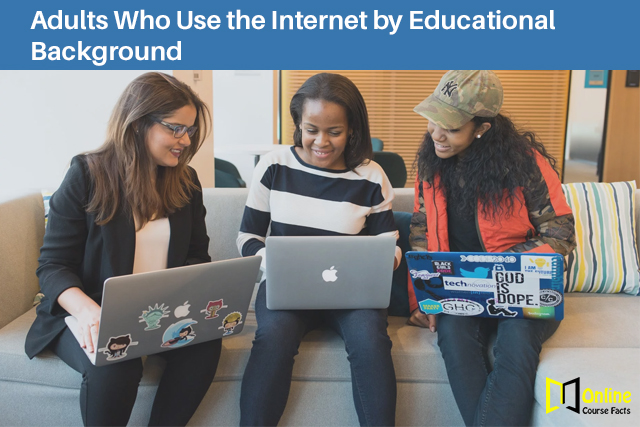 The pew research center’s unit studied the internet usage of society to begin measuring internet adoption among Americans in 2000. After that, Pew Research conducted 97 national surveys of adults for internet usage. Since the internet has become an integral part of everyday life across diverse sections of society. 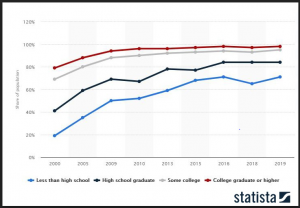 The analysis of 15 years highlighted several key trends. For some groups, especially in young adults, internet usage is at full saturation levels. For other groups, like older adults with less educational attainment and living in lower-income households, historically have lower internet usage. But in recent years this number is rising steadily. At the same time, digital gaps persist in the world.

Older adults lagged behind younger adults in their adoption of the internet. But now a clear majority with 58% of senior citizens use the internet.

Those people who are earning more than $75,000 have more internet users than those living in households earning less than $30,000.

Whites or English-speaking Asian-Americans use more internet than African-Americans and Hispanics, But now the gaps have decreased.

Internet usage in Urban and suburban areas is more than in rural areas. Still, 78% of rural people are using the internet.

Education attainment is one of the most reliable indicators since the Pew Research Center began measuring internet penetration. However, the vast majority of the well-educated people are using the internet. Those without a college degree saw higher rates of adoption over the past 15 years. Thus, they notably lowered the internet access gap.

Among all the ethnic groups, African-Americans have the highest growth rate between 2000 and today. Though, they are still less than whites and English-speaking Asian-Americans to be internet users. In December 2008, Pew Research began surveys of the U.S. population in Spanish and English. Besides this, Hispanic immigrants living in the U.S. have limited English ability and less internet experience. This national survey of Pew Research administered in both English as well as in Spanish.