If you’re a student seeking to pursue a college degree in a good college abroad, this is the right time. After the covid situations get settled, the students intend to travel abroad to one of the countries. To give a clear overview of the main countries where students tend to spend the most time studying, here are the top 10 study abroad programs. These are colleges that the students prefer based on education standards.

9 Best Psychology Colleges in the World

Italy is a place known for its delicious food, lavish language, artistic beauty, and dynamic history. Thus, it is one of the most sought-after destinations for most aspiring study abroad students. The course in Italian universities is a perfect combination of Italian cultural studies and courses in various majors ranging from business to fine arts.

The students seeking to pursue a degree in an Italian university don’t require a Italian language study. Thus, the country is accessible to all the students. Also, students get to explore the cinematic landscapes, the ironic historical sites, and other lavish architectures.

The cons of studying are the lack of knowledge of the national language, which causes a problem in integrating into the local culture.

Spain is the land of historical festivals, siestas, and flamenco dancers. The students’ major reason to opt for it as a study abroad program is the hike all over the country, the serene beaches, and what not. The students from all around the World mainly travel to Spain to learn Spanish and to take classes in international business, European Studies, and more.

The perk of studying at the university is the country’s vast demographic, housing, and good classroom conditions.

The cons of the university are the immense American culture that prevents other students from immersing in the university’s local culture.

“There’s an accent shift, on average, every 25 miles in England.”– David Crystal. The quote marks that England is a variety and has a high scope to live in an English world far and wide. England is David Beckham, Jargon, Harry Potter’s castle, and thus fascinates students to study abroad.

For international students, England offers a world of vast cultural differences. Also, English is a global language that makes it easier to access any location within the country.

The bad side of the universities in England is the expenses. However, there are affordable options outside of London, the heart of England.

Paris is known for the dynamic, dazzling city lights and the coastal sun shining over the French rivers. The main factor that attracts the students from far and wide parts of the World is the country’s romanticism.

The main centers for the programs in France are located in diverse locations as Paris, with the option to communicate either in French or English. Also, there’s access to fancy foods and lyrical language.

To reside in the country and enjoy the French people’s lyrical language, especially when you’re studying outside the centers, knowing French is a must.

International students in the country take Germany as a home to the world-famous Oktoberfest and the Neuschwanstein castle. Other than this, students are also drawn to German culture and its top-world class education.

The university in Germany is a great place to study business, hard sciences, and German. It is also a valuable place for academic internships and is known to be the home for the headquarters of the World’s biggest companies and dedication to innovation.

Australia is known for its fun adventures such as snorkeling in the Great Barrier Reef, hiking in the outback, and traveling through Sydney’s metropolitan. So, international students get a lot of exposure to enjoy the serenity of the place.

Australia is home to the World’s best universities World. The majors that students study include business, humanities, and scientific fields.

The con for studying at the Australian university is that their academic calendar is the opposite of North America. 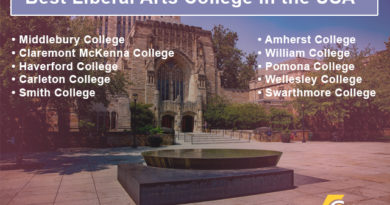 Best Liberal Arts College in the USA | An Overview 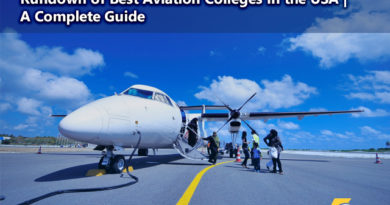 Rundown of Best Aviation Colleges in the USA